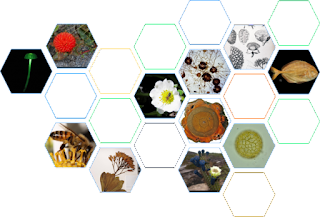 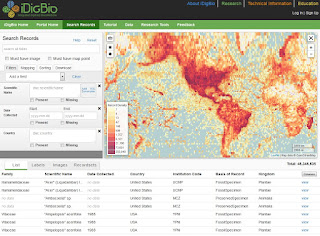 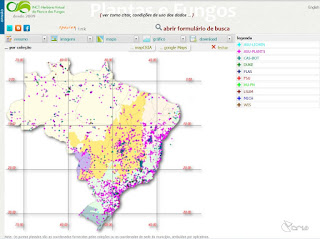 Partnership between iDigBio and INCT – Virtual Herbarium of Flora and Fungi

CRIA (Reference Center on Environmental Information) thanks to the development of its speciesLink network, informational component of one of the country’s National Institutes of Science and Technology the Virtual Herbarium of Flora and Fungi(INCT-HVFF, acronym in Portuguese), and thanks to the support of CNPq (National Council for Scientific and Technological Development), has been exchanging experiences with iDigBio since 2013. In May 2014, CRIA participated in the symposium “Collections for the 21st Century”, and recently in November participated in the 2015 iDigBio Summit.

In April 2015, INCT-HVFF began the process of sharing its data with SiBBr and GBIF through GBIF’s Internet Publishing Toolkit (IPT). This process was concluded in June, and in September all 112 record sets, over 3 million records, were also indexed by iDigBio, increasing INCT-HVFF’s international significance.

During the month of November, CRIA’s staff studied iDigBio’s API and developed mechanisms to retrieve data of specimens collected in Brazil from selected record sets. To initiate this process we focused on plants, fungi, and bees, because of INCT-HVFF and another network within speciesLink – “Polinators” and a project CRIA has with the Brazilian Association of Studies on Bees.

The result was the integration of 16 record sets, that together share 146 thousand records of specimens collected in Brazil.

As to entomological collections, we selected those with samples of bees collected in Brazil, but integrated data from all material collected in Brazil. They are: Collaborative databasing of North American bee collections within a global informatics network project (AMNH-Bee), INHS Insect Collection (INHS-Insects), Snow Entomological Museum Collection (KU-SEMC), C.A. Triplehorn Insect Collection (OSUC), Ohio State University (OSUC-Insects), Entomology Division, and Yale Peabody Museum (YPM-ENT). There are about 115 thousand records of 1,598 distinct specimens. There are 4,987 records of types and 25 records of endangered species.


It is worth checking!
Postado por Leandro Nenhum comentário: